A STROLL(ER) IN THE PARK

It was a pleasant, bright day in September, 2009. My husband and I were visiting my son and daughter-in-law and their newborn, Samyukta, in . This is just across River Hudson from , where both of them work.

. We had arrived a few days earlier, and this was our first outing with the baby – a trip to the nearby . Travelling with a little baby or child needs a lot of planning –there is the stroller, which accommodates the infant car seat, without which no child can ride in a car in any part of the Unites States. Even when leaving the hospital soon after making their appearance, the days old babies have to be strapped into their car seats, which is then fitted on to the base of the seat in the back. The baby rides alone! I was horrified when I saw this first – my granddaughter Arundati barely five days old came home in the car seat from the hospital. The car seat is mandatory up to 12 years even in some states, and I often joke that, no sooner are they out of the car seats than they are allowed to drive – they can get a driving license at 16!

The stroller is usually roomy enough to hold the baby’s requirements, bottle, formula, diapers, and more – like our own stuff like sweaters, snacks, water bottles. Makes walking very simple .By simply pushing the stroller you can move baby and baggage with minimum effort. And so we got ready. The stroller was folded and packed in the backseat, with other stuff, and the car seat holding the baby fixed on the back seat. Grandparents sat proudly on either side of the baby, and with Vandana driving we were off. 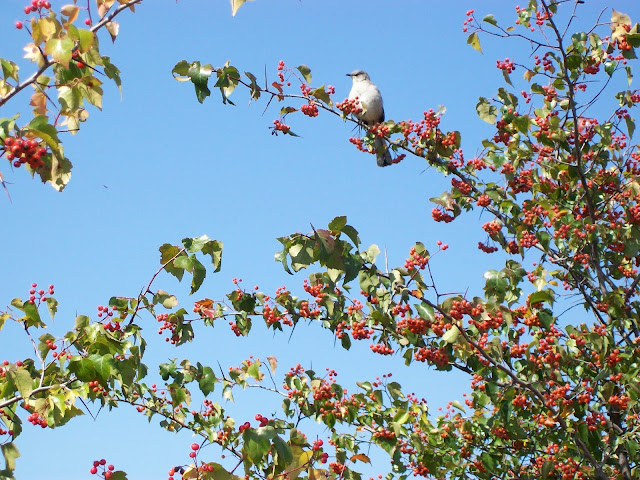 It was such a beautiful day, not too warm, nor windy. The baby, barely three months old was snug in her seat in the stroller, as we walked away from the car into the park. The grass was green, the sky so blue with cotton wool clouds, and there were young trees with flowers and berries which I could not identify, and birds warbling away.

The Statue of Liberty could be seen at a distance. It was quite idyllic. Other families with young children were around, and there were play areas for children with various equipment, other than swings and seesaws. Roughly hewn wooden tables and chairs with metal supports were placed at regular intervals for picnickers, and we found a suitable place to park ourselves.

Samyukta was quite happy to be pushed around in her stroller, while lazy old me preferred to sit in the sunshine. We had brought along some food and drinks, and if not exactly lunch, it was quite satisfying. After an hour or so we decided to leave, and packed up. Baby was in the stroller, all litter put in the trash bins, and some of our stuff too hung in a bag from the stroller handle, and off we went to where the car was parked. We even put our cameras and purse in the stroller so we did not have to carry anything.

At the car the baby was lifted with the seat and placed on the base. It took a little manoeuvring, but it was done. It would require some more practice before it could be done easily. By now the baby was also getting restless. Vandana got into the driving seat and Sriram got in, and we were off.

As always, the ride home seemed so much shorter, and we were all pleased at the way everything had gone smoothly on Baby’s first day out. We were home in no time, and we got out of the car and opened the boot to pull out the stroller, so that baby could ride home undisturbed from the car park. I just stood and stared mouth agape at the inside of the boot – the stroller wasn’t there! I called to Sriram and Vandana  who were busy getting the baby in the car seat out. They came and were equally aghast. All of us were now totally confused. “Did you put in the stroller?”  My husband and I, total newbies at this had done nothing except admire Samyukta!  Vandana and Sriram, one busy with getting the car ready and the other with the car seat had also not put the stroller in.  They too were new at this. It was already time for Baby’s next feed and her bottle was in the bag hanging from the stroller. And on top of that, Vandana’s handbag with her driving licence, camera and purse with her credit cards, were all in the stroller. We debated on what to do. I suggested that I would go to the apartment with the baby so she could be fed. But in the end we decided to drive back to the park, baby and all.

And we did. What a totally different frame of mind we were in, compared to our happy mood in the morning as we took the same route. Losing one’s cards and driving license meant a lot of unnecessary trouble - though replaceable, it would take time. The camera was precious too, it is a high end one, and many pictures were still stored there. (No, the ones you see on this page were taken with my humble Kodak.) Vandana and Sriram discussed the options they had if the stroller was missing, including complaining to the park attendants, and everything seemed so involved.

We had little hope of finding the stroller and contents. In fact I was sure we would not, but kept my fingers crossed and prayed to all the gods in the pantheon. As we turned into the car park and drove up to where we had parked earlier, we could not see the stroller. An ice cream van was there, and people were waking up to buy ice cream. I thought glumly that anyone could have removed the stroller and contents and left. As we turned, and the van was no longer in our line of vision, there! we could see it  - our stroller standing quietly where it had been left! Oh, the relief.

We got down and found everything exactly as we had left it, including Vandana’s bag.  This time we bundled everything into the boot carefully and got in for the ride home.

I just could not believe it. We had returned 40 to 50 minutes after we had left, and no one had touched this property left unattended in a public park. Now, if this had been Chennai…….

Needless to say, on our next outings, we checked and double checked to make sure the stroller was in the boot.

Posted by RAJI MUTHUKRISHNAN at 18:59

What a day it was!! Unforgettable!! I will never forget our utter surprise and incredible relief on finding it there!

In the Houston airport, i removed my heavy gold thali while going through the security check, put it in a basket and then forgot about it. I came back to California, contacted the TSA and described the chain, they found it EXACTLY where i said it would be and promptly posted it back to me...there is something to be said about the honesty of the average American

Was the baby in the stroller as well?

I have been in similar situation & can very well imagine the sense of relief & happiness u all must've felt..i luv d look of the stroller..so cozy!

I was impressed by the photographs, and started reading.

Then I realized it is about the stroller lost and found. A scary, but rewarding experience.

Lucky that you found it.

Thanks for sharing those photographs.

Usually I do not learn post on blogs, however I wish to say that this write-up very pressured me to try and do so! Your writing style has been surprised me. Thank you, very great post.

I have been looking for these, thanks! I think all of these articles are so amazing. Bookmarked, i'll back later!


From the volume of comments on your posts, I guess I am not the only one!


This is my first time visiting your website, but I found a lot of interesting information.