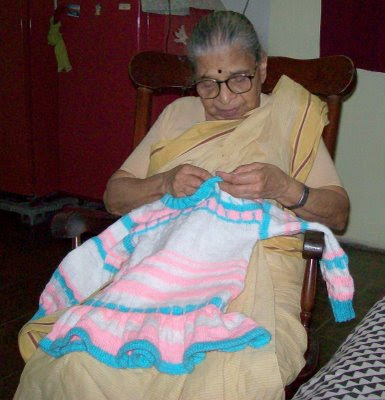 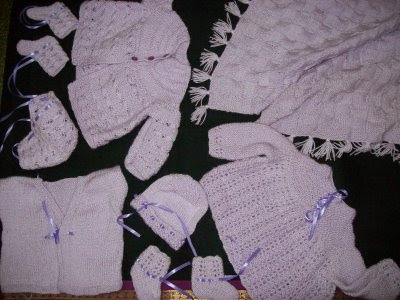 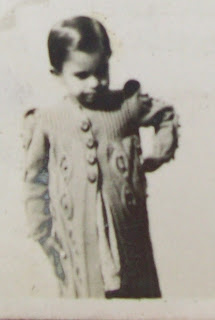 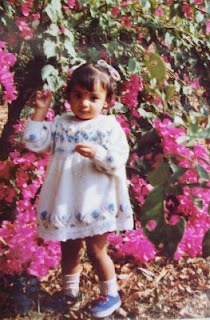 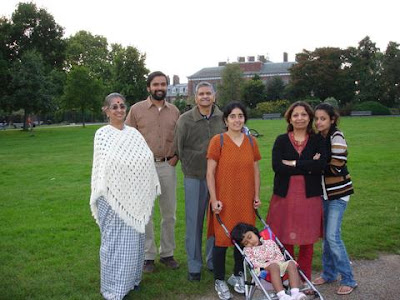 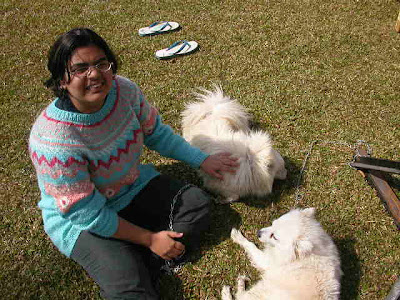 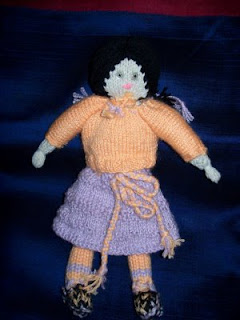 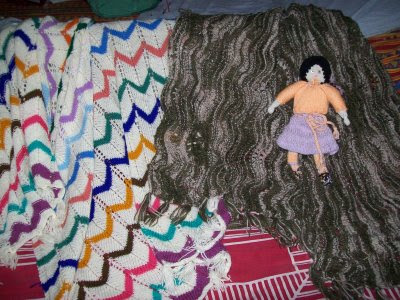 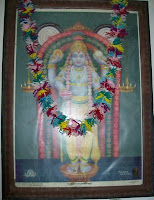 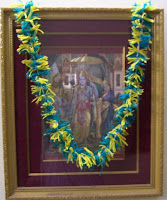 Posted by RAJI MUTHUKRISHNAN at 06:26 28 comments: 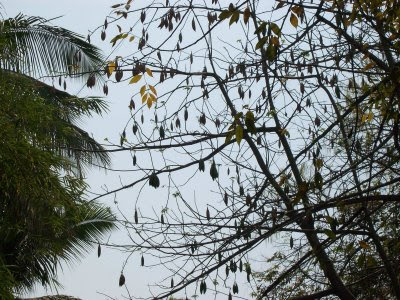 It is a sweet, touching story in Thamizh, albeit sad.

There was once a parrot which sat on a tree and watched its blossoms turn into shining green fruits. The parrot waited and waited for them to ripen to take its first bite from the fruits. Alas, the fruits never turned yellow or red, but dried into brown crisp pods, finally bursting and revealing inside – white inedible cotton.

This tree in the story is called the ‘ilavan’ tree and the cotton is called ‘ilavan panju’ – what I am told is the silk cotton. The unfruitful wait of the parrot gave rise to the phrase in Thamizh ‘ilavu katha kili’ – the parrot that waited in vain.

The tree is found abundantly in our neighbourhood – my brother-in-law next door has one in his compound. I had to cross one of these on the pavement, (no doubt planted at the same time as the one-day blooming tree outside our house) when I walked to work, and I watched it grow from a sapling to a young tree, though I did not realise then that it was the cotton tree. As it grew I noticed that its trunk and branches were green, and at first I imagined that someone might have painted them in that vivid shade. Later I realised as it grew higher that it is the natural colour of the tree. 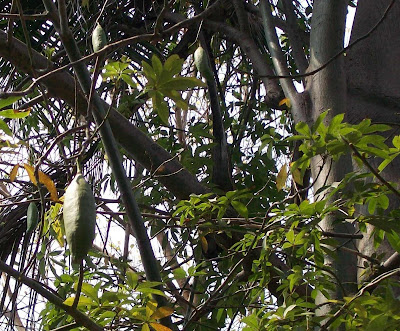 Somehow I never saw the flowers – maybe I did not look carefully enough at the right time. The green pods are rather longish like bananas and shiny. 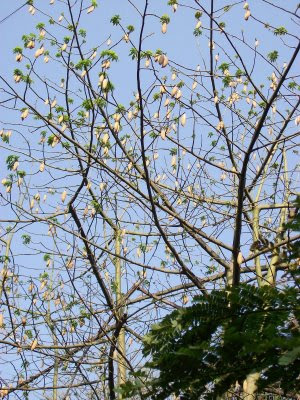 They dry on the tree, and fall off often bursting only upon falling. 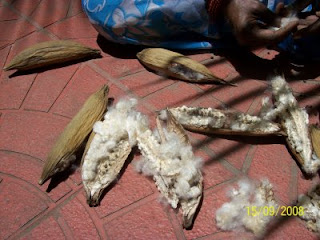 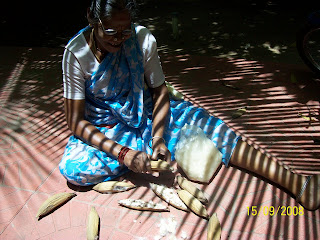 Now is the time/season they start falling. People like this lady collect the pods, and remove the cotton. I asked her what she would do with it, and she said she was planning to stuff a pillow.

I recently read that instead of moaning about the heat of summer, we should watch out for its delights and pleasures. 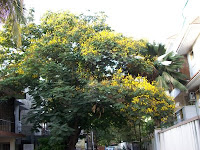 Though one may question this apparent oxymoron, when we look around there certainly are pleasing sights. The shade giving trees on the streets of Chennai are blooming, and are a visual treat.

The golden acacia has bloomed and now its brown pods stand silhouetted against the sky. And countless other trees, like the laburnum, with mauve and lavender flowers have bloomed and subsided. The Mayflower, or the flame of the forest, (gul mohur), true to its name sent out its first buds in May. 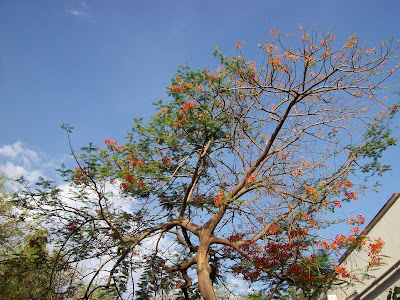 But mangoes are the taste of summer.

We have a few trees in our compound, all of which grew from the seeds thrown out after the children ate the juicy flesh. Each tree bears a different type of mango, and over the years we have learnt to distinguish their tastes and their varying uses. One of the trees, the oldest, has fruits which are not at all sour when green, and so can be eaten like a salad vegetable. We thought the fruit may not taste very sweet when ripe. But it turned out to be as sweet as it is pretty with its rosy tinge as it ripened. 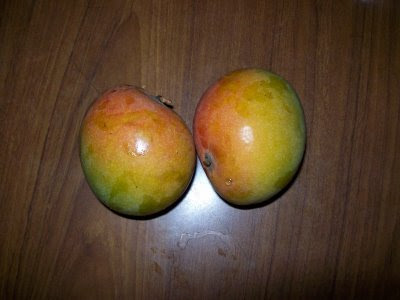 The parrots love them, and get to them before we do. The appearance of this fruit is really a visual pleasure - a text book pictorial representation of a mango.

This is one of the oldest. Another old tree bears fruit that is dreadfully sour when green, and so is used for pickling, as it is not at all tasty when it ripens. 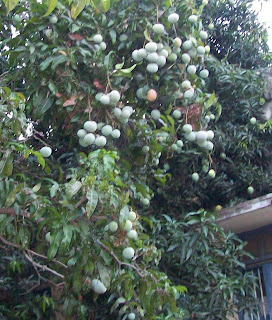 A latecomer tree was a surprise. Its green fruit is very sour, but turned out to be very delicious when ripened. Folks in the know say that the more sour it is when it is green, the sweeter it is when it is ripe. We plucked the mangoes and ripened them, and shared them with friends. They don’t look as big or attractive as the big ones in the market, but were definitely as tasty and sweet. 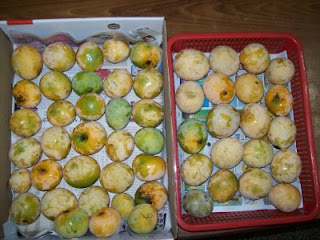 The mango season is almost over, but one tree is confused, pushing forth new blooms , even while there are biggish mangoes on its branches. This is the tree, whose branch collapsed and down it fell with a whole lot of unripe mangoes, unfortunately too young to be ripened. Surely it was not due to the weight of the young mangoes! We salvaged what we could and distributed them. 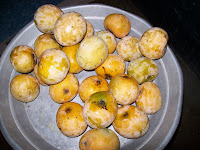 The ripening fruits on the trees are pounced on by the squirrels and birds alike, and knock them down. Some of them fall on our neighbour’s asbestos sheet covered shed, with big plonks. We have now got used to this thwack/squelch sound. Our neighpour’s tree, in return, sheds its fruit into our compound, but without any sound effects. Unfortunately the fruits crack when they fall, and cannot really be used. 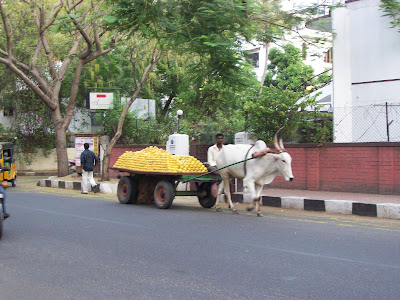 The markets are flooded by ripe mangoes. I saw them being transported on our busy road on a bullock cart, and and a fish cart. 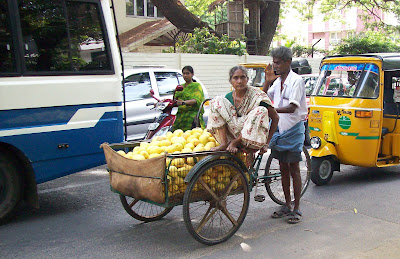 I loved the woman hitching a ride while her husband called out!
Posted by RAJI MUTHUKRISHNAN at 10:42 24 comments: