Nothing works as well as flattery.

I fall for it, flatly, each time.
Some weeks ago I had this lovely comment on my latest (then) blog.
Aparna K.S. said...
"I enjoy your pics and words alike. Thought I will express it this way..."

Pleased with this remark, I took a peek at the link and was delighted to see that Aparna had seen fit to pass
on to me an award, which had been passed on to her from a blogger, in turn to be shared with ten other bloggers.
The award is the Liebster award, and  I quote from her post.

“The Liebster Blog Award: Liebster is German and means sweetest, kindest, nicest, dearest, beloved, and
lovely. Started in (probably) & is used to highlight new/recent/lesser known blogs or let say blogs
with less than 200 followers.(Though the original rules have changed a bit, the purpose is same - highlight
fellow bloggers' works and appreciate each other's works)

Here's a brief on how this award works:

*   Link back to the persons blog that have nominated you
*   Nominate 10 bloggers whom you feel are deserving of more subscribers & pass the award on to them.
*   Answer all questions posted by the nominator
*   Create 10 questions for the nominees
*   Contact the nominees and let them know that they have been nominated for the Liebster”

And now my turn to nominate -  I am nominating the following bloggers  to pass the award on to. No, there are no ribbons or medals
or pretty tokens, sorry,  just the award.

Next come the questions I have to answer. My answers in italics.
1. If God gave you another chance to live your life all over again, which one thing would you like to
change?
Occasions when I have been unintentionally rude to people.
2 One act of kindness that you encountered.
When a co-blogger chose me for an award and kick started me into blogging again.
3One moment that you felt indebted to your creator…
Always, for what He has given me.
4 Is variety confusing?
Only enough to make it interesting.
5. One ingredient that makes a good listener…
Silence (non-interruption) when the other person is talking
6 Which one of these two you do faster: thanking people or apologising?
Equally quick.
7,. Ageing gracefully’ – What does this mean to you?
Accepting not just myself as I am, but others as they are, without trying to change them
8. If you are allowed to make one change to the ways of the world, what would you   like to change?
Eradication of illness of any kind.
.               9. What constitutes a balanced life?
.               Happiness through good health and sufficient wealth.
10. Has the internet globalised the world or polarised it?
Definitely made it a smaller place.

Now this is the reason I wanted to write for my blog again. A recognition , a small pat on the back, and I have
already posted one.

Let me see if I am able to maintain the pace.

Posted by RAJI MUTHUKRISHNAN at 19:42 8 comments:

My granddaughter Samyukta, all of four-and-a-half, has a story to tell. She drew the illustrations, and her mother wrote down the words as she narrated them. Proud me wants to share it with you .

It was a lovely black cardigan with little pearl buttons down the front, and I liked it a lot. My daughter-in-law Jaisri had given it to me when we went to for the first time in 1998. And it has seen me through our many visits. Soft to the touch and warm to the skin, it was ideal for a mild winter day.

And now I had lost it. I had taken it with me to in January earlier this year, when we visited our son Sankar who was there with Jaisri and the children on a work related trip. It was a brief stay of about three days, but a very happy, fun-filled one. The weather stayed fine, and I did not need to use my black cardigan. We stayed in the guest apartment that they stayed in, and spent all our time with the two little girls, as happy and carefree as they.

Leaving them was a wrench, and it was sad to get into the train and seeing them getting smaller and smaller, waving as the super fast Shatabdi moved out of the platform.

The air conditioned coach remained comfortable and we relaxed in our seats, enjoying the coffee and snacks served en route. When it began to become a little too cool for comfort, I pulled out my cardigan and wore it. However when we reached Madras Central station, I found it was too warm, and I took off the cardigan and held on to it, while we waited our turn at the Fast Track cab counter. This is a cab facility where the customer tells the person at the counter where he wants to go and pays the fare in advance. We paid and rode home comfortably. Our driver was a quiet and friendly person, and we reached home quite quickly with not much traffic on the roads because of the late hour.

Then I realised I could not find my cardigan. I remembered I had been holding on to it, but could not clearly think what I had done with it. My best guess was that I must have left it in the car. I was ready to say a sad farewell to it, but not without making an attempt to locate it.

My husband had the receipt for the cab fare, and I called the number on it, and told the person at the other end the story of my lost cardigan. He was very polite and asked me to contact the person at the Central station counter, and gave me a number. The person at Central said he was sorry, but he was not on duty earlier, but if I told him the cab registration number he would see if he could do something. Since that was on the receipt, I was able to give it to him and he said I should call a number where I could get the number of the driver of the taxi.

By now I began to feel I was on a Mission Impossible, but decided to continue with the chase, even though it was quite late. After some attempts, I was able to connect to that number, and that person told me to go right back to the Central number since that was where we had picked up the cab. It required a lot of effort to keep my cool while I told him that the people at Central had given me the number, and could he please help. He told me he would see, and after much dilly dallying, gave me the number of the person who drove the car.

With a sigh of relief I called the number, but not with much hope of getting the cardigan back. In a previous instance I had left an expensive umbrella in a cab, and forgot to pick it up when we finished our trip, and that was the last I heard of it. The driver had claimed there was nothing in the car.

The person who now answered the phone said, yes he was the owner driver of the car with that registration number, but that somebody else was driving the car that day, but he would give me his number. And he gave me that number. I called the number, and got the driver. He remembered us clearly since we were his last fare, but said he could not check the cab then, as he had already parked it in the shed for the night. But he said he would look at it first thing in the morning, and if it was there he would bring it back to us at our place. I guessed that the shed must be somewhere distant from his home, and hence his reluctance to check then. But I did not have any hope of seeing that cardigan again. My husband who had been dissuading me from all the to-ing and fro-ing on the phone for he thought it was a lost cause, told me to forget it.

The following morning was Pongal, and we were up early. I heard the doorbell ring and wondered who it could be at 7 am. I opened the door and there was the driver from last night, with that cardigan. “Madam,” he said, “It had fallen on the floor, and that is why you did not see it.”

I was bowled over by his honesty and sincerity.

Now I want to eat my words from the penultimate line of this post http://rajirules.blogspot.in/2012/07/stroller-in-park.html -

It was supposed to be the best view we could have of the midsummer night's moon as it rose, closest to the earth than any other day this year.
It was a pleasant day, and we packed a picnic dinner, and off we went to Magnuson Park to catch the moon.
There were too many clouds, however, and we missed the moon, but in the west was a glorious kaleidoscope of shifting clouds, catching the brilliant hues of the evening sun at nine o'clock. 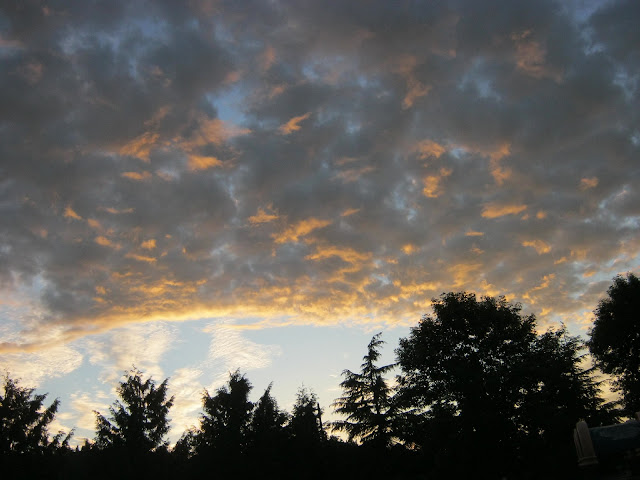 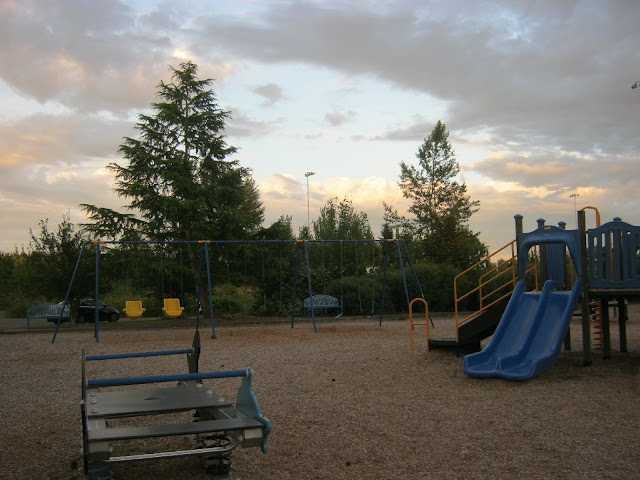 Posted by RAJI MUTHUKRISHNAN at 01:46 8 comments: