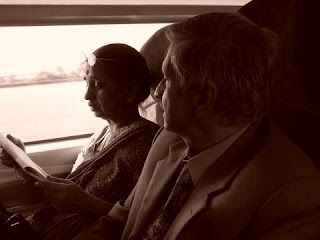 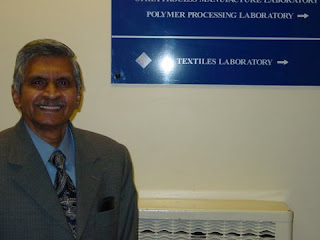 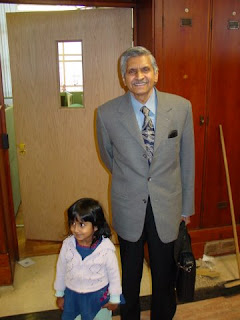 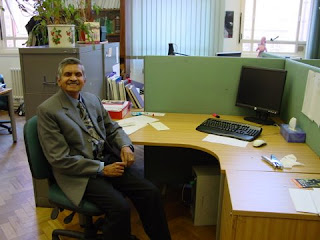 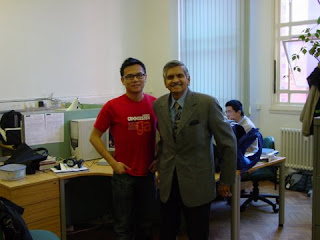 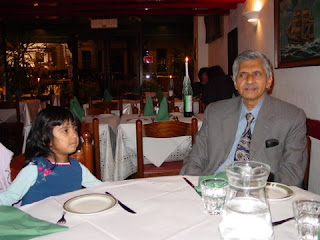 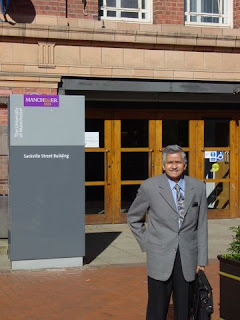 It was a nice day and walking around was a pleasure.
Posted by RAJI MUTHUKRISHNAN at 12:56

I could notice that glee in uncle. It's indeed great to visit one's alma mater, and to visit after 25 years is a real ambrosia to eyes :)

"Manchester England England
Across the Atlantic Sea..."
From the musical Hair. 1967

raji,
both of you must have been very happy to go Manchester after many years with shankar family. nice pictures.

the visit to Manchester has done you a world of good. You look extremely trim & much younger. Almost mistook you for your brother.

Nice reading Raji.My memories goes back much further- 1949.Would like you read my Mancunian adventure.Tell Muthu also
Kuttiappa